The company focus for 2008/09 was the development of the new multi-media musical revue Good Timber – Songs and Stories of the Western Logger. This work again reunited the team of Desprez and Stokes as lead creators collaborating with some of BC’s finest actor/musicians. The show premiered on July 2, 2010 at the Royal BC Museum. The response to the piece was outstanding and it has toured BC during 2011, 2012 and planning is underway for more in 2013. 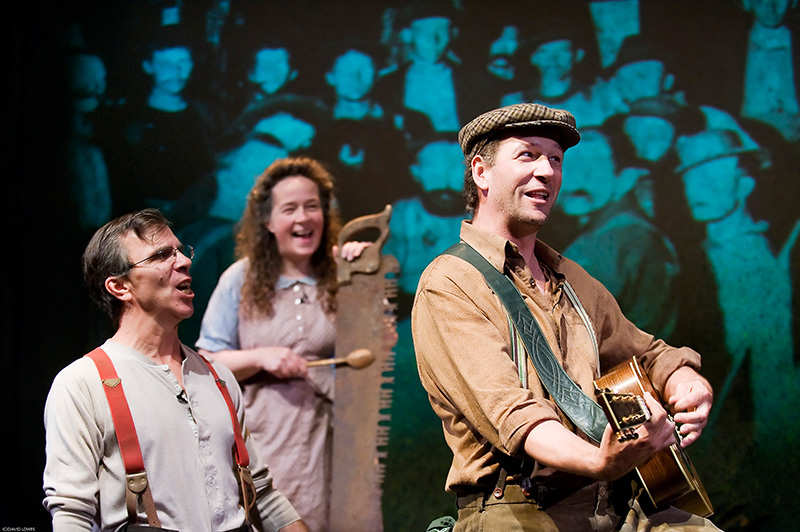